From Gratitude, All Else Grows

Empathy and the ME Bubble

The Walking Dead Hold a Meeting

Is it just me or are we in WAY too many meetings? The CEO of a well-known multi-million dollar company that sells products and services to museums and cultural destinations (he/she only gave me the quote if I promised anonymity) once quipped about nonprofits... "Nonprofit professionals seem to think the importance of a decision is directly proportional to the number of people involved." I'm not sure how many times over the years I've walked into a conference room to discuss 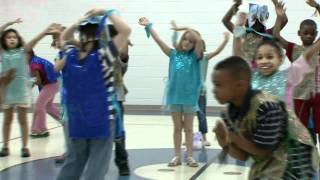 In order to survive and thrive, the Arts must not be viewed by consumers as something only experienced at the end of the work day/week when there is extra time and money. Not Like it Was Participation in arts events, as a whole, has seen a steady, slow decline from the highs during the 1990s. The NEA's study from 2002-2012 shows a decline of about 8% in attendance at art museums and galleries and non-musical theatre showed a decline of over 12%. The current debate (that's b

Forget resolutions. During the Amazon Prime live stream of the Rose Parade, Will Ferrell as "Cord Hosenbeck" and Molly Shannon as "Tish Cattigan" acting as parade "hosts", parodied New Year's Resolutions with a bit about their own goals. They started out by reviewing their last year's (2017) resolutions and commenting on "how they did". They either failed miserably or were "working on it". Then, they declared their resolutions for 2018 and, guess what, they were the exact s